Throughout the summer, I was not exclusively working with Sam and Theresa as an outdoor conservation sculpture intern. On Tuesdays and Thursdays, I worked on outdoor sculpture, and the rest of the week I was a part time intern at the Stanford University Library Conservation Lab where I was in charge of a rehousing project. There were over 600 books, sheet music and scores from the Music Library that were heading to off-campus storage. These materials were not in the Special Collections, but they were both delicate and valuable and needed special cases to ensure that students, researchers, professors, and musicians could use them for decades to come.

Figures 1-3. Examples of spines in need of some protective boxes.

There were two different kinds of protective cases used in this project: four-flap binders and boxes. The four-flaps were for materials with less than a one inch spine and the boxes for those over one inch. The first part of the project was to measure the dimensions of all materials to place the orders. Since sheet music has never had a standard size, many of the scores did not fit into any of the available sizes. This meant that the dozen or so books, sheet music and scores that were so oddly proportioned had to have binders custom made for them.

Besides those that needed protective cases, there were also about 300 books that were in good condition traveling to off-site storage. While these did not need boxes, they were still delicate enough that we did not want to attach a barcode directly to the covers. I made slips for their front covers that can be removed so that the barcodes can be stuck to these rather than risking damage to the books.

While there were many many books to measure and many many binders to fold, there was never a dull moment. I play the violin, and so at the same time as I was measuring or folding or packing books into their newly arrived boxes, I would flip through the sheet music, imagining how it would sound, or read a passage or two on music theory, or hum along my favourite parts from an opera. There were original handwritten compositions from Stanford students, beautifully illustrated musical scores, and dozens of photos and newspaper clipping from performances. Both the musician and conservator in me was satisfied and while I am partial to the Cantor’s sculpture collection having worked there longer, I am very happy to have had the chance to work at our sister conservation lab as well. 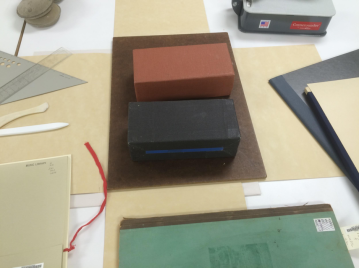 Figure 6. Some tools of the (four-flap making) trade.